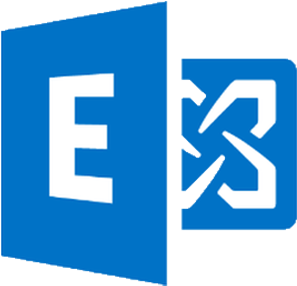 I know that in the last two year all want to migrate yours Exchange infrastructures to the Microsoft’s cloud, but sometimes someone still asks to stay on-prem.

So, let’s go on this journey and start we me in this simple lab where, starting from an old Exchange 2010, we will reach the final step, passing Exchange 2016 , the Exchange 2019 On-Prem.

Our lab enviroment is made of:

The steps that we’ll go through are:

Now, we will check our Domain/Forest level..

And we will raise to meet the minimal requirement (see table) About this command and forest level..

Check if Outlook Anywhere is enabled or not

So, enable it choosing the right name space (in our case is mail.labincloudres.com)

At this point we are ready to install our Exchange 2019…

If you need to find the Organization Name , issue this command on exchnage console…

Now we are ready to install our Exchange 2016

Now reboot check and change the SCP to point to autodiscover DNS record (that at this point is still Exchange 2010! ).

Change it to point to FQDN of autodiscover

Now we have some things to do… set all virtual directories to the right FQDN and, before start, we can show the situation:

Double check the MAPI (MapiVirtualDirectory) and OutlookAnywhere on your Exchange 2016.

And, finally set OutlookAnywhere on the Exchange 2016…

Now, we need to export the SSL certificare from Exchange 2010 and importo to Exchange 2016

First extract from Exchange 2010 the thumbprint of the cerfificate.

Now, fallowing Nick, we will use these commands to export.

Now copy this exported certificate to your Exchange 2016, import it and assign to IIS and SMTP.

Set the default OAB per DB on the Exchange 2010

Create an OAB for the Exchange 2016 DB

Now we will do some task preparing to move mailboxes (NB disable Circular logging and increases database limits…) :

First we need to move the Arbitration mailboxes from 2010 to 2016 to avoid problem access to OAB after moving mailboxes..

At this point we could test a mailbox move, but, before, we can switch the DNS record to point to our Exchange 2016.

If you want only do a test with a pc, you could change the HOSTS file to force the resolution of SCP FQDN , in my case mail.labincloudres.com , to your Exchange 2016 instead of 2010

Now we will do a test moving a mailbox and check that everything works..

On the client side, Outlook popup a warning, you have to close and reopen Outlook.

So it works… now we proceed to move all mailbox with this command:

Before starting mooving all mailboxes, we need to garantee the ability, for moved mailboxes to access to Public Folders.

tO do this, we need to implement a PF Mailbox Proxy meccanism

2. Now, we create a mailbox into this Db and hide it.

3. Now switch to your Exchange 2016 and change from Local to Remote pointing to previous mailbox created on Exchange 2010.

Now, we moved all the mailboxes and we will migrate the public folder.

Now check if there are a previous migration in progress…

In my case i created a folder called PFMigration con C:\

Now, open an Ex Console with Admin rights, and launch the first script

Now we can open the CSV just created to see the “size” of the current PF. in my case i have only 133.967 Byte that correspond to 0,13 Mb.. very small, but this is a LAB. Basically, you need to make a total to know how you will need to specify in the second script to permit “the public folder mailbox has room to grow.“

Now issue the command to start the migration.

Set limits and start the batch

Check also the report sent to the mail address specified on the batch..

So, we are ready to finish or migration.

Now, go back to Exchange 2016 console and finalize the migration batch…

Note that in this case , with the “complete-migrationbatch” system return and error.. to resolve it quickly, restart the Information Store on the Exchange 2010.

After restarted, everything works.

I assumed that you moved/repoint receive and sent connectors

So now we remove the public and private DBs.

Do the same for the MailboxDb

Finally check the presence of the Exchage server.

Senior freelance consultant with years of experience in the design and construction of complex infrastructures.
Degree in Philosophy at the Ca ‘Foscari University of Venice. Microsoft 365 and Azure certification. Vmware VCP DCV 3-4-5.5,6.5 and 2021.
Watchguard firewall certified.
Former Citrix consultant with Citrix CCP-V certification and years of experience building VDI infrastructures. Expert in the design of local and geographic networks .

To receive my articles by email!